Warts and Your Feet 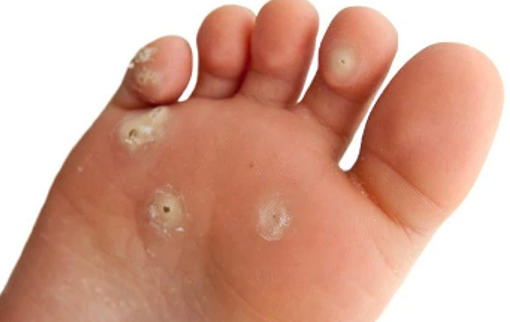 Warts are a common condition that can affect any area of the body – particularly the feet. Here’s what you need to know about warts.

The epidermis normally does not contain blood vessels or nerve endings, these exist in the deeper layers of the skin but as a wart is a tumour of the junction of these two regions it can carry those blood vessels up from the deeper levels to the skin surface. This makes warts more inclined to bleed and is the reason you see black dots in them often.

Warts are caused by the human papilloma viruses (HPVs) this can be contracted through contact surfaces, with communal wet areas like showers, pools and change rooms often being the guilty party.

Warts that affect the feet are primarily found on the soles of the foot, this is known as the plantar surface of the foot, resulting in the more commonly used term ‘plantar warts’.

Warts are harmless and, in many cases, do not require any treatment, however some can be very painful and will result in treatment being sort out.

How do I know if I have a plantar wart or a corn?

Warts and corns are commonly mistaken for one another, as they can look very similar, they are often a similar size and shape and covered by a layer of dead skin, so determining one from the other can be challenging.

To work out the difference we first also need to understand what a corn is. Corns are circular masses of callous (dead skin) that have a deeper core or nucleus of more dead skin. It is this deeper portion of the corn that normally creates pain and discomfort because when direct pressure is placed on the corn by footwear or from contact to the ground the corn is driven into the healthy skin underneath. This direct pressure sets off the nerves that detect pain and feels like walking on a stone.

Similarly, warts too can be covered by callous making it hard to distinguish between the two. This overlying callous will need to be removed to allow initially to determine if you’re dealing with a corn or a wart.

Likewise, squeezing a wart will be painful, but squeezing a corn will not be as you are only compressing dead skin that has no nerve ending in it. This simple test may help you differentiate between the two.

What are the different types of plantar warts?

There are three types of warts that most commonly affect the foot, they are known as single plantar warts, mosaic warts and raised warts. Each of the types listed correspond with different types of the HPV.

Single plantar warts are the most common wart type to be mistaken for corns. They are found hidden beneath the skin, appearing to push the skin striations to the side. Black dots can usually be seen on the wart, these are tiny blood vessels that have formed inside the lesion.

Mosaic warts are similar in appearance to the single plantar wart but present in clusters of warts spread over a small area.

These warts will appear with little black dots on them, and a have a cauliflower-like surface. The appearance of these warts can be alarming.

Raised warts, as the name suggests, differ from mosaic and single warts by presenting as a raised lump. Similarly, these will have black spots and have a cauliflower-like surface.

Raised warts are usually the most painful warts as they can be easily compressed against footwear when walking.

How did I get a wart on my foot?

As mentioned above, warts are caused by the human papilloma virus, therefore exposure to the virus is the primary cause of infection.

Plantar warts are often contracted in communal areas such as swimming pools, changing rooms, communal showers and saunas. These environments require periods of being barefooted increasing the likelihood of infection.

Why does my wart hurt so much?

Plantar warts in particular can become very painful, primarily due to the location of the wart on the sole of the foot. When walking, standing or running pressure is continually put on the wart resulting in pain and discomfort.

How can I treat a wart?

What can we do at Hurst Podiatry?

We have a number of treatment options available in our clinic these include:

Cryotherapy is an effective treatment for skin lesions of various kinds, particularly warts. CryoPen’s are instruments that enables a small precise application of liquid nitrogen to plantar warts. The treatments may span over multiple appointments where the removal of dead overlying skin is removed, and further application of liquid nitrogen is applied.

Salicylic acid is a useful chemical used to treat a wide range of skin conditions including the treatment of warts. In the treatment of plantar warts, a small amount of highly concentrate acid solution is applied to the wart and surrounded by a felt pad and tape to keep it in place. The padding is kept on for 3 days, then is removed and Duofilm salicylic acid paint is applied and reviewed by your podiatrist in 2 weeks.

The aim of injection therapy is to cause localised trauma to the wart to stimulate an immune response, where the body will recognise the viral infection and remove it.The sole of the foot is numbed with a local anaesthetic and the plantar wart is punctured multiple times with the needle. If successful, the wound heal and the wart will die and come away like a scab.

Laser therapy has become an effective emerging treatment for plantar warts. Patients are offered treatment with the K-laser, where the sole of the foot is numbed and the wart is cauterised, this stimulates an immune response telling the body to remove the wart. Like injection therapy the wart will scab over and come away after it has healed. This procedure is normally carried out under a local anaesthetic and typically only requires one maybe two treatments.

Book an appointment to see us today

Whether you have a wart that you need to have checked out or you’re experiencing some sort of pain in your feet or lower limbs, book an appointment to see one of our podiatrists. We have clinics in Healesville, Croydon, Kilsyth and Mooroolbark in Melbourne’s East. Book online here or call us on 03 5901 2216. 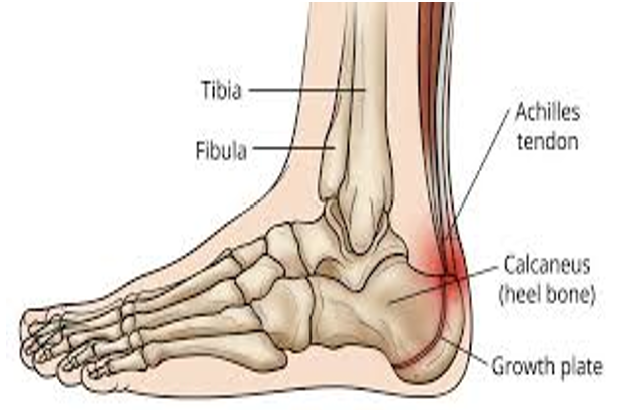 Sever’s Disease Could Be Causing Your Kid’s Heel Pain

If your child is experiencing heel pain, it could be Sever’s disease. This is what you need to know about… 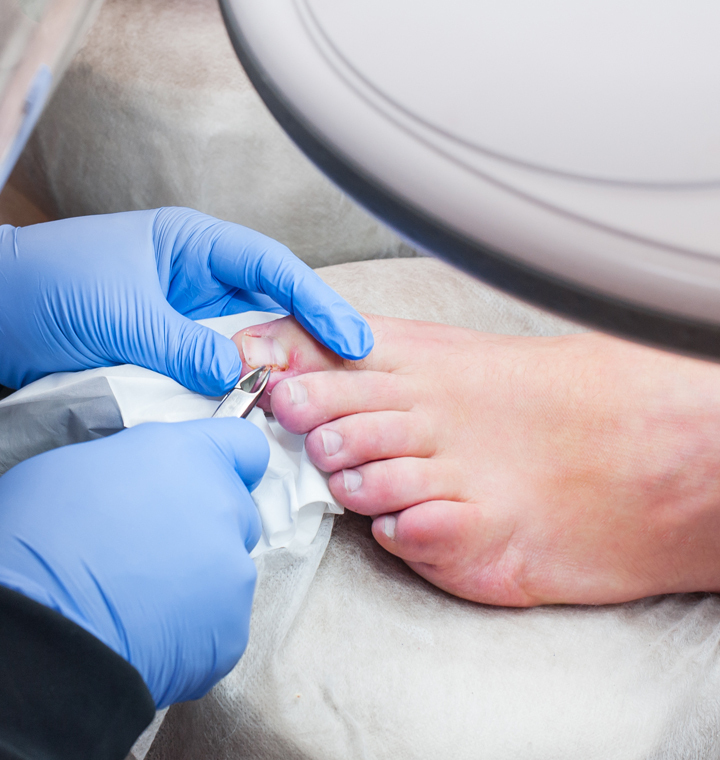 What you need to know about Ingrown Toenails (Onychocryptosis)

If you’ve ever had an ingrown toenail before, you can attest to the excruciating pain and continual discomfort that is…